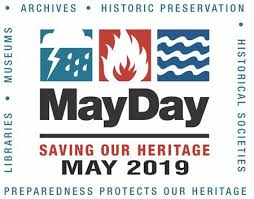 During five months of 2019, (March, April, May, June, and July) I examined a selection of Tweets by organizations working under general headings took a “pulse” in the Tweet-O-Rama.

May 2019 combines messages from the “Fair Economy” and “Protect the Vote” people because the values of a democracy define its destiny. The lack of a useful disclosure regime regarding money in politics is not damaging to American values, it weakens the ability to confirm them.

A Campaign Legal Center and Axios investigation (here), can expand the public’s understanding of corporations and lobbyists seeking benefits from the public purse. In New York State and City that purse involves billions of dollars in capital and operating funds that are quietly demanded by the private sector lobby to increase corporate profits and reduce risk.

The Take newsletter from Represent US – NYC examines political leadership and agency corruption.  The need for it is due in part to a 2010 Supreme Court case that allows corporations to spend unlimited money on political ads and the lobbyists to create them. This cases and others also narrowed the definition of corruption. Granting access to elected officials for wealthy donors is no longer considered corrupt as an example.

Ciara Torres-Spelliscy is a long time advocate for the separation of state and corporations. In her new book, Political Brands, she examines the case law and decisions that found limits on campaign financing were unconstitutional (Citizens United and McCutcheon). In an article for the Brennan Center for Justice (here), she argues the court’s “re-branding” of corruption doesn’t make it smell any better. She points to David Bossie who appears to be defrauding donors via his work in leading the Presidential Coalition, Citizens United and the Citizen’s United Foundation and Catherine Pugh (ex-Mayor of Baltimore) who is accused of honest services fraud. Spelliscy points out, these cases make it more difficult for federal prosecutors to bring charges. Even the pay to play conviction ex-Governor of Illinois Rod Blagojevich allowed him to be resentenced.

The SEC regulates money in politics this is an excellent paper on why it is in their jurisdiction. (here). As of January 2010, (Citizens United), the potential for every publicly traded company has been to influence governments in a new and powerful way. Traditional registered lobbying now combines with campaign expenditures as well and that is why SEC interventions are used to reveal the campaign activities of public companies.

The Fair Economy People look at the history of economic oppression and attempt to moderate the desire for power from becoming the murder of the human spirit and body. The United for a Fair Economy people examined May Day at the Lowell Historical Park. The free flow of ideas that lead to effective mobilization of working people began at the turn of the 20th Century. The term Mayday was popularized in 1948 because it sounds like the French word “m’aider“ – help me.

Americans for Financial Reform were digging into bank regulation “under the Trump Administration,” with criticisms of CFPB appointments, and betrayal of financially vulnerable Americans in the gutting of statutes regarding the practices of “payday loan” businesses. The appearance of a “pay to play” relationship with the Trump campaign and former Congressmember Mick Mulvaney currently serving as Chief of Staff is in their critique.

Perhaps a simple juxtaposition of tweets, but the advocacy group Class Action tackles classism represented by predatory lending practices. This outfit focuses on the destruction of classism using unique educational approaches. Some of them are in an 18 minute $7 film (@ClassismExposed) by Zoe Greenberg. Timely emphasis on services to balance the field for first-generation college students is significant to the use of their tweet power.

The Opportunity Agenda people are similar thinkers about methods leading to next-generation investments in underserved/represented populations. The agenda is to find opportunities for young people that do not get to college to do so.  May 2019 celebrates billionaire Robert F. Smith because he will pay all the student loan debt for all 2019 Morehouse College grads. He is a man who understands the equity gap in America. Several tweets illustrate ways young people can talk about race, racism, and share racial justice practices. The agenda is to improve the capacity of dialogue. The rest of their tweets examine a series of threats on the lives of low to modest income people by exposing significant institutional dysfunctions.

In 18 months, the most critical presidential election in the history of the United States will call upon the voters to decide on leaders. In the year before (2019) in New York City, a low-key off-year election will ask yes/no questions on several charter revision proposals. Among them the practice of Ranked Choice Voting (RCV) to make elections final with a decisive winner built on the general practice of consensus.  If there happen to be more than two candidates for a political leadership office, RCV selects leaders a voter can agree with at least somewhat because they ranked them in order of preference.  I predict this provision will pass for two central reasons.  Low voter turnout, coupled with most participants motivated to vote because of a vested interest in the resolution of voting issues in the charter. (state election law).

As the largest city in the state, NYC’s “home rule” power is extensive, however, providing for the right to vote is a function of the State. The rules, procedures, practices, and laws governing the right to vote is civic responsibility for this reason the PVP is engaged in examinations of the state’s power over cities.

The tweets from the Protect the Vote People (PVP) are all concerned with efforts in several states to pass legislation that appears to reduce voter participation by insisting on a variety of identification practices as a prerequisite to the right to vote.  The right to vote is sacrosanct and has a priority over identity, which is sought ex post facto.

America Votes is concerned with all GOP-led states that are moving to criminalize and add civil penalties to the errors in the voter registration process.  On the other hand, a study by the Brennan Center finds states that have adopted automatic voter registration over the past five years increases in voter rolls. America votes are involved with hundreds of organizations in the nation with a focus on April 2019 elections in Florida, Massachusetts, North Carolina, Wisconsin, and West Virginia.

Every Voice wants to change the exclusive interest model to a majority of Americans model. In this context, March was the month when the House votes in favor of HR 1, the For the People Act of 2019.  Straight down party lines 234 Democrats YES and 193 Republicans NO. The complete form of the Act is available in a Google Doc (here).  So, the Senate will sit and sit, McConnell, called it a power grab.  It was by the American people, and I guess he can’t tolerate that idea.  Here it is a summary:

Election Day would be a federal holiday, its supports independent, nonpartisan redistricting commissions and adds provisions for election security and a Commission to Protect United States Democratic Institutions. Campaign spending rules expand the ban on foreign contributions and disclosure rules about organizations spending money during elections. An alternative campaign funding system for individual federal offices will offer to match small donations for qualified candidates. Ethics in all three branches of government adds conflict-of-interest and ethics provisions for federal employees and the White House. It will require candidates for President and Vice President to submit ten years of tax returns.

Project Vote via Michael Slater will close its doors May 31, 2019. One of its resources called Electionary will remain useful; it is an attempt to collect state election laws, practices, and procedures in a format that provides for comparisons from one state to another.

Every Voice for May told of its 700,000 petitions in favor of HR-1 and retweets “Stand Up America” efforts to focus on the dominance of big money in elections and government operations.

Rock the Vote put a beautiful video together that connects the importance of the vote and how it connects to the 2020 Census (here).  They shared the NY Mag article by Ed Kilgore on turn out predictions for 2020 as good (here). They scan well for insight into the census and the vote they focus on new voters, youth-based political action and innovations in voter participation.

New Voters Project out of the Public Interest Research Group (PIRG) network covers a broad set of issues of interest to young people.  Earth Day coverage dominated the content of early May 2019.  A vote for the Earth is a vote for their future, and they know that this issue will be the one that brings to them the political power needed to get necessary changes.

Voter Participation Center focused on the North Carolina absentee ballot fraud that represents a flaw in their process.  Getting a handle on the citizen SCOTUS question is measurable as a direct attack on the Latinx vote. In Tennessee, increased voter registration of African American voters has led to suppression legislation (NY Times Story)

Movement 20xx Fill in the Year

Movement picks issues to energize voters May closed with scathing criticism of the Trump Administrations southern border immigration practices for a cause: death, family separation, wrongful imprisonment, and inhumanity.  York County, PA, has been subject to their Movement Voter Project on immigration issues and the views of candidates.

The rock of American suffrage is sustained with tweets from the national, and local LWV organizations throughout the nation. The top issues are election security finding, census outreach support, and voter privacy.  The LVW Ruch decision expected from the Supreme Court in June is summed up well in the SCOTUS blog (here) on the issue of partisan-gerrymandering.

The vital relationship between the vote and accountability of the public purse has been attacked by the political forces interested in sidestepping an accurate count. “There were multiple, systematic efforts to interfere in our election. And that allegation deserves the attention of every American.” Robert Mueller

Very happy with HR1 as a statement of principal and an agenda for the future worth fighting big money in politics.

Amy Klobuchar (D-MN)  has pointed out that loopholes in U.S. election law allow foreign adversaries to legally interfere in our elections and produced the PAID AD Act to close the gaps (here) All of the remaining comments point to the depth of corruption by POTUS45.

An excellent way to find all of the candidates that are not taking PAC funds such as NY24 candidate Conole along with firm support for HR1 as a direct means for “saving the democracy” from the impact of Citizens United.

Fair Vote – The Center for Voting and Democracy

The Center has compiled a review of six state efforts designed to expand access to the ballot box and protect the right to vote. They also support and monitor the progress of ranked choice voting in cities and states across the country.

The focus on easing voter registration practices through data management practices comes at a time when the digital vote becomes a way to protect voting and advance it as a routine practice of citizens. Another good source for supporting improvements in state-controlled elections is the complexity of cyber-attacks.

The March 2019 summary (here) introduced all the organizations selected for the Tweet-O-Rama, and the Random Tweet-O-Rama. The idea is to learn something from the wits from this vast new area of the blah blah world.  The April summary (here) examined the Think-Tank People. In May, (here) I looked at the organizations working to produce a good economy combined with voter rights organizations. With those thoughts in mind, it is logical to have a look at politics as a sport, and as a practice that is now very different than the role of leadership that it implies. Please enjoy June, every one should and then July (here) for a look at the one thing of great importance – housing (here)