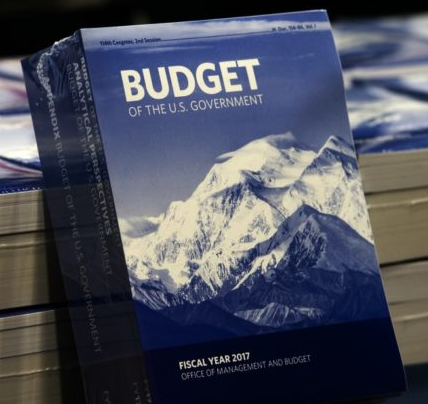 I have nothing against chants on marches or my own McGovern era “postcard lobby” experience.  We hated war and mourned the loss of life (58,000 American soldiers and nearly 1.5 million people of Vietnam and Cambodia). “Thank you for your service,” was the only lesson. Today, for every $100 of federal tax dollars you pay, over half of it goes to the military, so wait just a damn minute.

The stakes today are still consolidating the irresponsible power of military and business interests. POTUS45’s budget massacres everything that is not spending on war. On top of that, this budget is the most serious financial attack on cities since the Ford “drop dead” incident in 1975. It is time to make a list of the damages aimed at our community and to watch closely those who would protect us. So here goes.

Here are some examples of loss in CD9:

More details about what is at stake in the lives of the CD9 community.

Health professions and nurse training programs: $403 million eliminated from these programs, as it lacks “evidence that they significantly improve the nation’s health workforce.”  This attitude threatens our district by removing training workers.  The question is basic. How many people in CD9?

Almost half of the people in CD9 were born in another country. As proposed, the budget cuts are forcing community-based non-profit human service providers in NYC to seek additional state funding to cover cuts in basic immigration and legal services to help refugees, families, and individuals seeking asylum (CBO Report). (NYC Manual)  How will the newest members of our community be helped? See NCIC

Cuts in HHS preparedness grants: The proposed restructuring to “reduce overlap and administrative costs and direct resources to States with the greatest need” threatens progressive states such as New York (State of Health), and supports Governors who refused Medicaid expansion and the health of their people to make a political point.   Could this cost CD9 about 2,000 jobs? We think so.

CD9 benefits from investments in affordable housing by NYCHA, but it expects to see a capital fund cut of about $220 million, and another $150 million, or 13 percent, of cuts to operations.  These reductions place 217 buildings, over 11,000 apartments and 25,720 people in CD9 under the threat of worsening physical conditions.  Who will monitor and report this possible damage to our community?

CD9 is the geographic and human heart of a diverse and vibrant Brooklyn. Ongoing research by many NYC and NYS organizations will continue. Please advise this effort, focused on CD9 regarding the availability of analytical reports, critical issues, and economic projections in the comment section below. Please help us answer and improve these questions over the next year.

Senator Charles Schumer has the staff resources to utilize every available Senate procedure to resist the Republican’s conservative agenda and protect the principles of ACA. Senator Kristen Gillibrand‘s core of “no” voting also works. Until reasonable assessments can be drawn regarding the impact on CD9 on items such as those outlined above, a No Vote is the only rational action by Senator Schumer and Yvette Clarke.

April 1938, President Franklin Roosevelt sent the US Congress a warning:
“The liberty of a democracy is not safe if the people tolerate the growth of private power to a point where it becomes stronger than their democratic state itself. That, in its essence, is fascism.”

[i] Wage estimates are drawn from the American Community Survey (ACS) for CD9 as one-year estimates.  Other sources: DeBlaiso, CD9 NYCHA

If you can answer any of these questions with a source, do so.  If you want to find out if your representative (city, state or federal) has any answers use the form below.