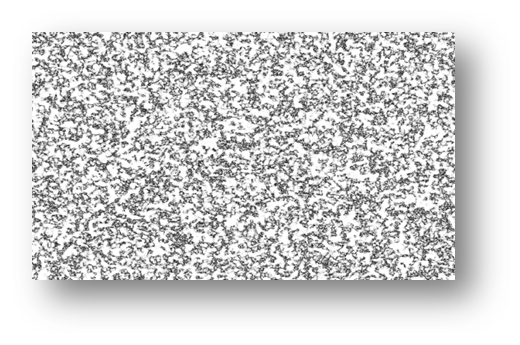 Human cognitive mapping abilities are well documented. The addition of GPS devices to this research yield maps of everything that moves in the urban world among the stuff that doesn’t move. Adding urban spatial knowledge from multiple sources to private or individual navigations demands the anticipation of synchronicities that will lead to the design of higher quality urban densities.

The members of 21st c. communities gain a unique spatial knowledge of the earth. Until recently. they were a long term minority but today share an enormous responsibility. Why? New, high-quality urban densities will connect to a variety of larger urban systems. Urban dwellers carry sophisticated cognitive mapping abilities and recognized the importance of connecting to larger urban systems using a variety of mobility services.

Learning the patterns of our solar system, or knowing the feel of heightened winds or the sight of darkening clouds allows us to grasp ideas about a possible weather future. The human brain makes sense of the world with increased sophistication, but in evolutionary terms, space/time pattern recognition and the creation of new patterns combine as perceptive elements that yield unending knowledge.

With prediction comes a sense of hope and security, comfort and ultimately, the idea that not only can we design worlds where everything works together, but the inclusion of unexpected, surprising events also offers a promise of imminent insight. This is the joyful, frightening novelty of knowledge the human space and it leads to the main issues of human changes. Following is a rock-solid, case in point example:

Williamsburg’s new apartment towers developed in the late 90s along the East River. The towers provide enough density to support a waterborne transit across the East River, however, the “L” Train provides transit for thousands of commuters with access to a vast network of urban places through a tunnel below the river to a huge transit hub at Union Square. In Williamsburg, the trip from the Bedford Avenue Station is 10 minutes and from the Greenpoint Station seven minutes. With these headways, thousands of people can arrive at these destinations per hour. Over 200,000 use it daily and it has potential to double that volume.

As the tunnel reaches its 100th year, the call for an 18 month shut down to prevent the possibility of catastrophic failure brought chaos, and eventual capitulation to that possibility.  The neighborhood’s housing rents and prices dropped, some businesses moved to more stable locations during months of public hearings and MTA stimulated anxiety.

The public mandate is to run the subway system based on commuter fares of about $6.2 billion.  In fat round numbers, it costs 15 billion to run NYC 24/7/365 transit system. The gap is made up in a complex arrangement of dedicated taxes, drawn from a 12 county metro-region fund, and relatively small combinations of gas, mortgage recording, and payroll mobility taxes, along with a portion of the fees paid in tolls, taxi fares, and vehicle registrations. A growing list of revenue opportunities is constantly explored. The details (here) expose the recognition of a far broader responsibility for the health of this system among all people moving through the region to access its many advantages.

When an engineering alternative to an 18-month repair shutdown was developed by Columbia and Cornell’s engineering departments, two issues were exposed. Aside from revealing a wealth of urban university brain power, the first reaction was relief with trepidation followed vast criticism of the MTA inept rollout of the issue for public review.  There many reasons for major capital development planning to occur as if agencies were in a “running from the bulls” contest.  In 2018, the MTA:

Finally, there are many more reasons for community development and transit planners to dissect for system improvements but the central reason for this chaos rests squarely on the lack of vision about what America is today at the Federal level. The United States is a metropolitan nation. It is not well-defined by the 50 states, its power is comprised of over 380 multi-state regions that represent most of its economic capacity (Details here).

Complex urban systems the United States has developed must be looked at in the same way scientists examine the heavens to discover the earth and measure its atmosphere to predict its weather, the dense urban regions a similar level of knowledge, but this time it is about us. I have questions that need answers:

The spatial knowledge expressed by the skills of an athlete is a good example.  If these abilities are specialized in a community of athletes a team is created. In this context, high levels of spatial control will occur in a prescribed space such as a “field of play” with a boundary of some kind.

The set of skills acquired and deployed in connecting design professionals to this ‘field of play” require many specialized abilities and a wide range of teams. Surely, something more than laying out the dimensions of the field of play is needed.

To begin a brief exploration of these two questions, an idea expressed by William Wordsworth (1770–1850) in “The Prelude — Book Seventh” is useful.  In this long poem, he reflects on the experience of his residence in London and about midway comes to the following extraordinary observation of life in the big city.

How often in the overflowing streets,
Have I gone forward with the crowd, and said
Unto myself, ‘The face of every one
That passes by me is a mystery!
Thus have I looked, nor ceased to look, oppressed
By thoughts of what and whither, when and how,
Until the shapes before my eyes became
A second-sight procession, such as glides
Over still mountains, or appears in dreams;

Just over a century after William Wordsworth wrote of London, Arthur C. Clark’s first novel described human potential and the city as inseparable in The City and the Stars (1956).  After a billion years the earth had two cities, one of Nature (Lys) and the other of technology (Diaspar). At about the same time J.G. Ballard’s Billennium (1962) saw “…ninety-five percent of the population trapped in vast urban conurbations. The countryside, and such, no longer existed. Every single square foot of ground sprouted a crop of one type or another. The one-time fields and meadows of the world were in effect, factory floors.”

In the center of the century bracketed by Wordsworth and Clark, we find Huxley’s Brave New World (1931) and Orwell’s Nineteen Eighty-Four (1949). Their popularity rests on an American ideal wherein the preeminence of the individual spirit may be in need of a collective vision. Yet, in the process of trying to accomplish this, the individual is weakened, even destroyed. We are reminded by many at the end of this century to remember that the earth cannot “know” of such desolation but if it did, it could smell regeneration in the moist breath of decay as its source of renewal.

The city is a historical exaggeration made contemporary. The old image is a complex of high buildings surrounded by a broad white apron of single-family, tree-filled towns. The smell of carelessness spills out of day-to-day business affairs and workers grow more downtrodden and ever more desperate in their daily travels. The city defined by vast lunatic growth, managed by torrents of savagery disguises a flimsy gentility, the criminalities of wealth and the wastefulness of a cancer budding from a few wild cells. It is not the cancers cells fault, it is the nature of the beast.

A more contemporary view of the urban world is to see stop, take stock of itself and end its spillage of waste and poisons into land, sea, and air. Once encapsulated, teams of powerful individuals will build, restore and develop the city. They will not be part of the massive social collective much feared in the past, but they will share a common goal, to create a way for the wild to be forever wild, one that glides over still mountains and appears in dreams.

The idea of creating a Lys, Diaspar or something else, cannot be accomplished by an organization or groups of them. A network is better at defining the complex layers of urban life. A network can discover and establish the framework of values essential to successful change. Networks are better at improving access to basic resources, essentially people with information, ideas, advice, and connections. Networks influence decision makers on policy questions in time with sophisticated combinations of analysis and advocacy. Finally, networks are a lasting, self-renewing driver of its own theory of change.

The network of which I am a part and seeking a larger system is focused on one issue and one word. The core of it is the catastrophe of urbanization as it stands today and the one word forward is “density”.

Being in the Network on Density

Networks have multiple scopes of work and thinking that produce new “linked-scopes” with considerable ease. The overall rapidity of these actions creates the capacity for evaluations that advance the goals of dimension leaders. The linked-scope form of structure yields a direct measure of energy. Each connection represents a flow of information that had an enabling property through the exhibit of a real-world example as the desired effect in the moment or in the creation of a specific component.

Standing alone objects such as the tunnel from Brooklyn to Manhattan for the “L-Train” become digital objects of the urban core.  As objects, they can be added to as “tags and categories” of a network. Each tag becomes part of an exponential encouragement for similar levels of change. The connections made from one to many align to form pathways built on community adaptations that respect cultural differences and sensitivities.

Whether a change is in a language or a material thing, a law or a professional practice, networks respond to social change agents as capable of shaping active social systems. A booklet from a nonprofit network group in cluded in a presentation entitled Net Gains is available here: www.in4c.net

Have a look if you want to have your team (or just you) become part of a network on the question of urbanization and Density, leave a reply to suggest a role.