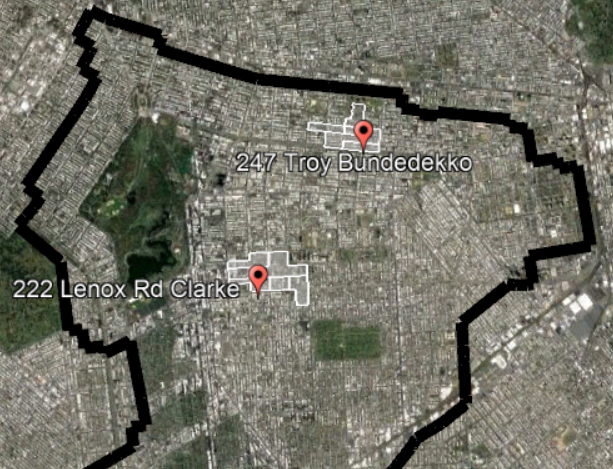 Steven Pinker’s Enlightenment Now: The Case for Reason, Science, Humanism, and Progress, says the world is getting better, and from a “regression to the mean” point of view, he is probably right. His book got lots of attention from Bill Gates (his blog) in January 2018. The difficulty with the super-wealthy is their compulsion for optimism despite the preponderance of outlier data. The source for the outlook that everyone else has, the other 99%, is local and highly specific. Averages do not apply. They are voter-irrelevant.

Americans who are poor and low- and moderate-income are struggling but “OK” using “averages,” but this does not alter the perception of unfair conditions that build gaps in people’s experience. Poor safety and the inadequate nutrition of “food desert” neighborhoods are real experiences. The constant media reminder of a vast wealth gap is easy to accept as that gap is easy to define but difficult to eliminate.  All it takes is a good job with a future, a loan for a business or home, fair rent, and good schools for the kids, and affordable higher education. Why does it seem too many people are teetering on the brink of losing these basics? These are public priority investments in people for no other reason than this – they are the ones who are here right now.

There is one more factor in the media experience. When asked how many things could happen to make you better off or wealthier, people will come up with a few choices, ask about things that can make you less well-off or poorer, the list would be longer, much longer. The majority of negative words for emotions in the English vocabulary are well documented. Despite improving quality of life and access to knowledge are correct as an “average,” the result in the big picture describes how the world is getting safely unfair.  That is a problem for a democracy. Steven Pinker puts it this way:

“Americans today have difficulty imagining, valuing or even believing in the promise of incremental system change, which leads to a greater appetite for revolutionary, smash-the-machine change.”

The first rule of a good political change remains “all politics is local.” There are 300,000 registered democrats in CD9, about 30,000 voted in 2018. Yes, that’s right, 1%. Prior national votes were massive and with good reason, but the real lesson is the separation of power. Voters give it freely to the top by wealthy districts and mindlessly in the two-year election cycles of Congress.

Interviews with people and data on the Election Districts (ED) surrounding the two Dem candidates for the United States Congress may provide added insight. Where is the appetite for a smash-the-machine change?  A detailed look at Election Districts will help answer that question — top on the list of things to understand why the DNC will not support challengers to incumbent officeholders.  The short answer is money in politics.

The brightness of NYC from space isn’t just electric. Thousands of Election Districts in York City represent the illumination we can get from the vote. The following discussion will focus on twelve of these districts in CD9 for voters and examine voting participation.

There are several reservations regarding the sanctity of the vote, especially in a blue city that makes NY a blue state. Challenging our sense of trust in our local electoral system is equivalent to an assault on the Democratic Party’s integrity.

In round numbers, voter registration data published April 2016 by the New York State Board of Elections says the Ninth Congressional district has 276,000 registered Democrats, 24,000, Republicans and a smattering of Greens, Working Family, Independents, and so on for a total of 365,000 voters, after ” a correction” it went to 326,000. Excellent, the population of CD9 is about 740,000 (See Data). The issues facing the NYC Board of Elections have already caused some stir regarding the need to purge the roles (117,000 in Brooklyn) and its illegality. There is much to understand here for 2018 and as 2020 approaches, but hey, blue city, blue state, right?

In Brooklyn, there are two fronts, the collective efforts of the New Kings Democrats and an examination of one of the greatest, first tier, conflict reducing devices in history – the vote. The right of suffrage is as simple as walking to your neighborhood poll and as complicated as the legislation and litigation surrounding the Fifteenth Amendment – right to vote (background). More on the efforts of the New Kings as needed.  The first task is to take a good look at voting in the blueness of the Ninth Congressional District by ED.

Counting Votes and Why ADEM Lost.

The total votes in the EDs around Yvette’s office can be seen in the 40th – City Council race held Nov. 11, 2017. The total number of votes was 2,800, with a participation rate of 68%. The Democrat (Eugene) pulled 1,260, the challenger (Cumberland) losing in the Primary pulled 500 via the Reform Party. The Conservative Party challenger (Kelly) pulled 60 votes. In this case, Cunningham was the more progressive candidate. It did not matter.

The number of registered voters and votes cast shows a participation rate through two-year election cycles. The ED locations for each candidate will compare with census tracts for demographic analysis in ten-year periods. This data reflects issues based on people’s experience within walking distance of their Congressional Candidate’s offices.  Adem’s office is in Census Tract 363 (CT) and has 5,161 residents based on the 2010 census.  A review  of census data for the CD will be found here: CD9 in Detail