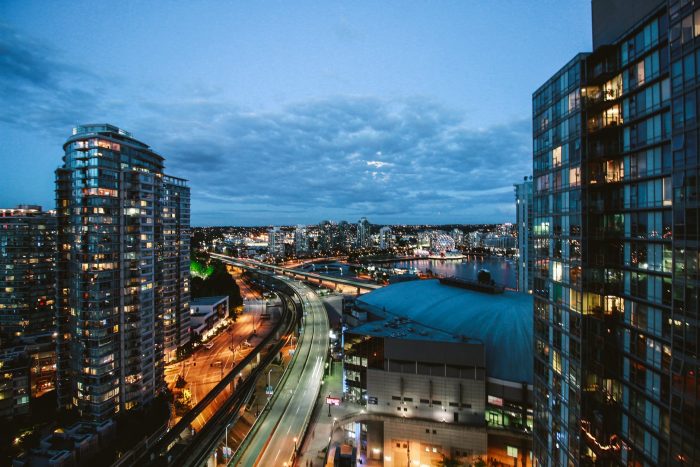 A Story of Megadevelopment Impact

Zoning is used to protect people. Today it exists to help residents oppose change. Something is wrong. It is a metaphor for our times. Here is a story from way back in the olden days– say the 1940s and 50s. Change for the worse has begun.

A decade before WWII, an immigrant family came to the city and turned a small business idea into a large successful business within two generations. Family investors acquired equity in a few land purchases and expanded business locations.  The effort ensued with hardship and sacrifice, but investors continued to over the decades to build a community. Then big outside investors began to see the community as safe for investment and ready for displacement.

Small family groups like this began in places such as the Lower East Side in Manhattan. It continues in neighborhoods such as Flushing in Queens today. The same dreams continue to live — acquire capital and invest in expanding local businesses. A bakery factory is envisioned. A storage warehouse and a site for the assembly of human-power-assist vehicles are planned.  The vehicles will be designed by brilliant industrial design engineers, the grandchildren of veterans in the Flushing family who served in the 2nd Combat Engineer Battalion. These plans are done quietly and without much fanfare in the ordinary course of business growth and investment located in an area west of College Point Blvd.

Unknown to this community, investors associated with the New York Real Estate Board meet with the Department of City Planning (DCP) Director. They present several projects coming onto the table for negotiation, and they provide an advisory on pre-planning projects coming off the shelf. The total investment is estimated in 2017 dollars is $250 to $400 billion.  The Director is pleased. As sensitive property acquisitions are ongoing, independent calls to the affected community’s business groups and political officials were not advised. At that moment, the dreams and traditions of small local investors are attacked. While considering billions in financial concessions, The DCP, the agency responsible for the city’s land use and community development, became a contributor to durable inequality policies in New York City.

Why does zoning exist to help residents oppose change?  Huge residential investors (REITs) can legally combine with large but ordinary local real estate investment groups. They can hire planners and architects to look for opportunities in older, mostly industrial urban areas. In many ways, they appear on the scene like marvels of certainty. In other ways, it is a valid symbol of a tragic time when the availability of overwhelming capital can quietly blame residents for opportunity hoarding, referring to those who had been quietly investing in the community since WWII.  (See story on another angle of the subject (here).

Zoning has become the battleground of sides. It offers a binary choice of capital in vast amounts or the perception of comparative nothing. It threatens decades of ordinary neighborhood transformation. It produces well-known t-shirts such as “Blight Me” and “Develop, Don’t Destroy.” Although most development occurs within a set of existing (albeit complex) as of right rules, zoning is now used for various reasons, and perhaps too many. From the basics of land use planning to forecast municipal finance or its use to help with preservation, it has a history of racially motivated exclusion, and more recently, funding affordable housing inclusion.   (see Manhattanville) In other words, it is not pro-growth vs. anti-small growth. The zoning situation has become New York City’s wicked problem (wiki).

This view of problems has a fascinating history and following. When Richard Buchanan (Case Western) connected design thinking to wicked problems, the impact created a substantial change in problem-solving from definition-to-solution into a condition-change assessment. Read his paper (a pdf is here). The questions surrounding community design draw from planning, architecture, and engineering as creators of a physical realm. However, changes in community conditions occur in the overlap of these professions with the psychology of a place.

In today’s community development practice, we see two separate forces that believe they are correct. Both are at odds on how and why investment functions. It is wicked because the two parties are unaware of the other; thereby, they are without data: their values, outlook, economics, and culture conflict. Points of intervention are possible but difficult to imagine. The uncertainty poses the creativity possible in ambiguity, but the ships have already passed in the night. Finally, the forces of resistance often lead to their repression. Whether imposed or internalized, the impact of repression alters mental health conditions. It is far too easily ignored, but the results of stress, anxiety, and depression have proven harmful to the individual and have a community impact.

Calculating carbon footprints is still in its infancy. Still, the standard calculation today is based on an estimate of $400 per ton of emissions.  If you are Bill Gates, you more than double it to make another point.  He recognizes the Green Premium cost and is quite willing to say he can easily afford to pay it. He is not sure about the rest of us, so he suggests we ask and decide what we can do as individuals.

Policymakers can take on only so many problems at once. Getting on that “only so many” list will require concerted political action. A regional support strategy will help local organizers get on that list. For example, it could alter or stop an environmentally suspect development project in Flushing Queens.  Drawing encouragement from regional to citywide to neighborhood organizations willing to focus resources on one example can be used to push climate change to the top of that list.

Political leaders need to sense concerted political action from their constituents.   Climate change and the Flushing Meadow project can be encouraged as an example of a grave error that must not be allowed anywhere in the region.  Digging into the specifics of these errors will help every participating organization.  Some examples are:

A focus on getting a more aggressive regional and citywide partnership on this project is needed.  The attention can help produce a carbon-neutral development or stop one that isn’t.  Either way, it is an important market signal. The political action statement is straightforward. Not paying attention to the carbon footprint issue today could put your grandchildren on the endangered species list tomorrow.  It is that serious. The science of this argument and proof of this project’s failure to recognize the problem is the work that lies ahead.

The big question: Is the idea of a Long-Term Comprehensive Plan capable of adjudication? Can it confirm or refute any of the fears of the people? Can it alter the inexorable facts of climate change and its impact on Flushing? As a BOA site will the developers, provide services and funding covering lifetime health-related illness from work or living on the proposed site. You get the drift.

Zoning is well-established police power, yet it is officially opposed and challenged, questioned, and denied—a political pawn of progress. Consider the possibility of an impeccable elimination of racism, classism, sexism, and the all-around favorite “placism” in the zoning text and resolution as policy. \Is there a way to bring its original health and safety purpose more explicitly focused on the pace of neighborhood change? Deliberate but incremental negotiations could help charge ordinary people’s expectations with a new interest in community investing. Plans for a mutually determined and purposeful change quality can be absorbed by the community, but gradually. This helps alter the lock on the status quo and governmental privilege systems into more of an emollient for progress.

The New York Metropolitan Region is a megacity, yet zoning (or changes to it) only considers a few blocks at a time. Given mobility throughout this region, its people can live in places where they can become most productive.  The missing resource is the lack of information, innovation, and opportunities to meet and optimize these choices. Instead, the “transit-rich” locations in the city are sold for minor capital improvements. These deals between a failing private corporation (MTA) and the local, state, and federal government responsible agencies. The inevitable common-sense conclusion could be zoning is failing communities that are not transit-rich by establishing transportation dependency in all others. A rapidly advancing capacity for equitable movement would be to make everything in the region within reach of everything else within an hour or less.

One excellent example is Downtown Brooklyn, NY that is the most transit-rich region of New York City. The fight over Atlantic Yards an expansive uncovered rail yard serving the Long Island] Railway. New York City partnered with a developer, Bruce Ratner, to develop the Atlantic Yards in Brooklyn. (contention) The construction of an arena, the Barclay’s Center, was first to develop, to yield the headline.  How to Build a Sports Complex by Promoting 2,000 units of Housing.  The proposal engendered legal and political battles for a decade.  The use of eminent domain, how the developer would bid the project, and even the developer’s vision were challenged in the courts by residents. The Civilians, a musical theater troupe, produced a popular musical farce detailing indignation only to prognosticate the ephemeral promise of affordable housing.

Meanwhile Back in Flushing

In 2010, the Flushing Willets Point Corona Local Development Corporation received a grant under the New York State Brownfield Opportunity Areas Program.  The State used it to develop plans to replace vacant and underutilized properties and revitalize Flushing’s waterfront area. If approved, the development would serve as an extension of Downtown Flushing.  The Special Flushing Waterfront District was established by a vote of 40 to 4 margin on 12/10/2020. This brings the process to the final ULURP process. Unfortunately, we have not seen the application.

Flushing is For Sale

The Hill West Architecture firm has an impressive portfolio of projects (here) with a few waterfront locations.  However, the Flushing development concept has yet to make it to their list or map all projects (here) real and digital hopes. The proposal’s renderings available now are useless preliminary sketches projecting the total floor area allowed in a set of unchallenged zoning approvals. New York Yimby seems to have the best set of illustrations (here).  But let’s pretend the following is real and will be built, and the architecture might look like this project in Brooklyn.

The proposed 1,725 units are criticized for including a minimal amount of affordable housing and 879 hotel units. However, as housing advocates know, hotel rooms are used to house displaced families as an alternative to warehoused children in shelters.  Is there an “off-table” agreement here to provide such units as needed, and if so, how might it be included in the city’s incentive package without been seen?

Office space and community facilities, and retail space are estimated at 700,000 sq. ft. Parking & BOH: involves 440,500 square feet, and the waterfront public space may have about 160,000 square feet. Is that closed Assi market sized into this structure? Would the rent be fair?  Will there be competitors?

Part V – Wicked Problem Planning or back to Part III on the energy displacement issue, or back to Index