The following is an attempt to examine choices for higher education from a medical and therapeutic perspective that recognizes the social experience of people with AS and ASD.  One phrase catches it all, “Not about Us, Without Us”.

Medical/Therapeutic: Understanding Diversity
The presentation on higher education for our kids got me thinking about choices. First, a New York Magazine article by Andrew Solomon (5.25.08) summed up the issues of AS and ASD as follows: activists want to celebrate atypical brain function as a positive identity, not a disability. Others see this approach as deluded. The main criticism of this article is its black and white approach to a “spectrum” issue. Read it HERE. A 2013 article & others HERE as found.

Question where does the diversity issue stand in 2016?  How does it affect our choices in selecting higher education and related services for our kids?

Do I want to select a university (or alternative) that defines my kid as a disability or are there schools out there that are more clever with the DSM?

Medical: Working with the DSM-5 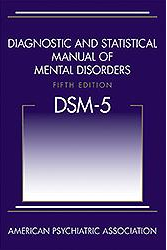 The Diagnostic and Statistical Manual of Mental Disorders (DSM-5) has a one-page summary of the move by the American Psychiatric Association toward the full “spectrum” view.  This page briefly represents this alternative to multiple sets of names associated with the diagnosis of autism.  The page summary is available HERE.  A brief article describing the controversy and  Susan Swedo, MD, of the National Institute of Mental Health defense of the policy, is HERE.

Help with recommendations on alternatives to college.  For example:

What if employers who can define the skills they need best were encouraged to help colleges develop a curriculum that met those needs? The Community College Partnership Tax Credit, which is part of the President’s fiscal 2017 budget plan, would do just that.  To qualify for the credit businesses would donate funds for equipment, instruction or internships related to programs at local community colleges in areas such as health care, energy, and information technology. The budget calls for a $2.5 billion tax credit, and over five years.

A recent article in The Economist describes the revolution in some universities toward hands-on learning, something many schools have put aside for the cheaper lecture/paper model.

This outfit provides readers with three articles a month to review content.  A new service is their Learning.ly program of online continuing education choices.  Explore the resource and read the article HERE.

What employers and schools are strongly interested in AS and ASD employees?

AKNA: Our Information Technology (IT) History

In 1996, the New York Public Service Commission (PSC) deregulated telecom services in NY, promising that increased competition would bring down prices for cable, internet and phone service and improve service, including bringing high speed internet to all New Yorkers. Instead,  20 years later, New Yorkers are paying too much and getting too little while a digital divide based on access to information grows and good-paying jobs are lost. The PSC has started a proceeding to evaluate the state of telecommunications in New York State by issuing a report by its staff  (report is called Staff Assessment and can be accessed here).  They have set up public hearings throughout New York State in July and August 2015  (See Update in Oct 2015 here)

Following is some of the experience at the AKNA

In the Fall of 2001 a splice in a well shaft on the gable wall of 2126 Albemarle Terrace was installed.  It seals telecom lines for the south side of the terrace (buildings in photo above on right).  There are no further revisions made to the Tabular Record for the Account Code 32C, Tax District 500 P for C.O. Area Brooklyn 050 Division. This is the last recorded project. It was the result of the reconstruction of “Ragga Muffin”, a retail clothing store on Flatbush Avenue that led to the removal of phone lines on their roof to the roof of the adjacent Kentucky Fried Chicken. See AKNA  Strategy #12  for a link to a brief film summary of the conditions found.

In the Spring of 2011 Cablevision (Optimum) was rolling out 75 Ohm drop cable out to the two terrace blocks and sent a representative door to door to pre-sign up customers. They were offering to buy out any Direct TV subscribers who had contracts.

They started but some of the neighbors (mistakenly) asked them to stop because Cablevision was cutting into the sidewalks and patching them with asphalt and some homeowners were concerned that they would then be open to Landmarks violations because of the damage to the sidewalk, and/or responsible for the cost of repairing or replacing the damaged sidewalk sections.

Note: the NYC Landmarks Commission would be concerned, but their jurisdiction is limited to the facades of buildings on the Terraces.  Violations to the facades of the district would be the subject of a lien on the property by the City of New York on the property that would have to be cleared prior to a sale.  As for all the rest, (gardens, and so on) our care and sensitivity is expected.

Eventually, Cablevision repaired the sidewalks with cement, but Cablevision stopped the fiber rollout.  A tragic circumstance of blaming the victims and lack of public leadership in basic enforcement of franchise agreement. Nick and Raina (of Kenmore) called Cablevision several times trying to get them to come back.  Getting past the customer service reps is impossible and they have no idea and are not able to help.

In the Fall of 2013 AKNA conducted a survey with the intent of using the information to lobby for assistance.  Lesson learned here was to have the lobby strategy in place prior to taking the survey.  See the survey data here.

In the Fall of 2015 two Optimum technicians put a ladder up the gable wall of 2126 with a huge spool of 75 ohm drop cable to serve their commercial clients.  And in the Spring of 2015 a series of Verizon technicians have entered the south side of Albemarle Terrace (even numbers) to repair land lines.  The story on the north side of the block is long and needs to be told.  A brief video presentation will be found here of deplorable conditions.

In the Summer of 2015 residents of the south side of Albemarle Terrace managed to get attention of a Verizon Engineer who after considerable analysis presented a plan for moving forward for the south side and for all of the Terraces with one caveat — the permission of residents to move forward.

The “right of way” process was completed for the FTTP (fiber to the premises (image here) and the details of it are here.

As the Summer of 2016 began to fold over the hope of a Spring installation suggested on the “right of way” documents we signed, a draft was letter written.  The intent is to send it to everyone our small band of patient believers could influence.  The first draft read as follows:

We are 390 people in 140 households that have bent over backward to get Cable Vision, Time-Warner or Verizon to provide us with service. We recently completed a project led by Lourdes, Engineering (NJ) in contract with Verizon Engineering with all of the forms required of us to assure the provision of service.  Like Cable Vision and Time-Warner, Verizon remains unavailable for comment or the courtesy of a response due to ‘contractual issues’, and franchise agreements all seen by us as the haze of the telecom wars, union/corporate misdirection coupled with the ineptitude of public agencies and political representatives.

I hope you have staff on this or committees put to the task but first find out who is buying their lunch as nothing is happening, information is not flowing and in a democracy, only one group of people pay the price of failed leadership in the brave new world of too big to fail.

In closing, we remind you of Margaret Mead and her point about not doubting the ability of a small group of people to change the world, as it is the only way it ever has changed.  We, therefore, leave you with this one thought that we are just 140 households, and given our history of patience, we are now very interested in creating change.  Look us up. (www.communitydesign.net/AKNA)

Sincerely yours,
The Residents.

Then as winter settled in we received this note:

Dear resident,
The local deployment team has indicated that construction is underway.
Barring any unforeseen delays, service will be available in January 2017.
You will receive confirmation when you can place an order for service.

Representatives from the local deployment team met with Mr. Rex Curry,
the owner of 2126 Albemarle Terrace, and went over different design plans.
He indicated that he will be in contact with all of his neighbors and will
relay information to the association. You might want to check with him for
more specific information.

Thank you and best regards,

Rex Curry did meet with some of the guys from Lourds, but not about schedules or sharing update information.  But, as you all know I’m a beg for forgiveness kind of guy. The first rule of management Will, information weakens as it moves toward the top, while decisions remain best when made closest to the source of the relevant information.

Well, who knew it would take so long to get service. Our work ranges from being super polite, and meeting some really nice people from V to conducting work mad and enraged groups of researchers trying to find out what is going on.  We may never know what worked or didn’t work, but we can always ask for forgiveness.

P.S. if you care to respond, please do so through the website so that all our residents can participate. Anyone wishing to add something about the “existing condition” of your phone, satellite or internet service please do so in the  COMMENTS section below.

A brief summary of the communication and data services currently in use by house number would also help all of us to assess needs and/or compare costs. This data was )compiled. Those willing to share ISP provider data (DSL modem, satellite and so on) and the monthly cost just say so and IT team will follow-up directly.  It will be used to update the first AKNA Survey