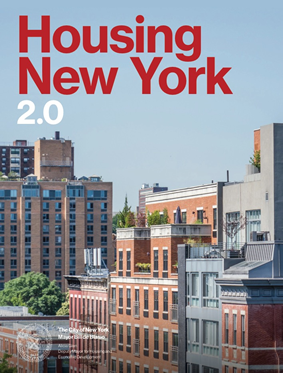 How well is the program for Housing New York doing? Is it serving those most in need or fueling gentrification? A little bit of both is the verdict by our friends at the Independent Budget Office (IBO). They put their fiscal eye on 78,000 units financed under the plan from June 2014 through June 2017.   They compared income restrictions with the “typical” income of neighborhood residents. The findings are available as a portable document file (PDF) for distribution and as an HTML file for searches.

Moderate, and middle incomes are formulated based on the Department of City Planning’s Neighborhood Tabulation Areas to define neighborhoods around a Housing New York project and U.S. Census American Community Survey data to calculate the neighborhood’s typical household income.