District 9’s Demography can be seen in a slightly better view: HERE. It will look like the following, but without the “crushing”.  We’ll work on why this happens. 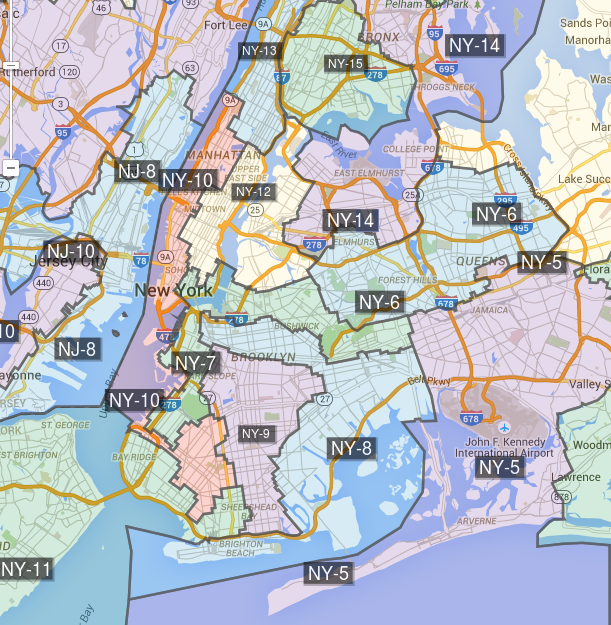 Yvette D Clarke (D-NY) ranks 381st in the House with an estimated net worth of $115,502 in 2014. Looking at the Ninth Congressional District map below, we must see it as a torch and not a sparkling wine glass. This is super important because the average net worth of a U.S. House of Representative is over $6 million (2014). Nevertheless, according to the Center for Responsive Politics, Yvette D. Clarke received 82% her of campaign contributions ($537,295) from outside district. (Rank: 206 out of 421.), and she received 32% of campaign contributions ($211,772) from outside state.

Discussion of issues both national and local as the effect the Ninth Congressional District the 115th Congress (January 2017) and the 45th President’s agenda is developing HERE  with local strategic support  for CD9 voters HERE. What if Congressmember Clarke would not be challenged from the left or right, ever? Does the money matter?