The Charter Revision of 1977 created community planning boards in NYC when the decentralization of authority was a popular idea. It aligned with social change forces seeking civil rights and social justice, equality, and human rights in the United States.

Concurrently, the mainly white upper-income population since the late 1950s found a small government easy to talk to in their newly built suburban enclaves. The population in New York City, on the other hand remained diverse and residents sought to build the resource of self-determination into the city’s community districts. This neighborhood government idea has become a gesture for expanding participation, it added transparency, but not to the power sought. Now is the time for improved strategies. Click the arrow, watch the slides.

Community Board Members will serve no more than four consecutive two-year terms.

The Community Board (CB) staff is a skeleton.

It is barely able to support members and manage schedules. 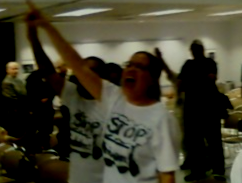 Community Boards see themselves as part of the problem, and they like it.

“If all they will let is do is protest, then we will protest.’

Why is a hammer the only tool?

Why is the CB a shed for hammers? Many other skills are on offer.

The squeaky wheel powers of CBs can strongly influence some city agencies’ project development practices, but not in a good way.

a public or private project.

sense new projects as an attack.

What can be done to solve this problem, clarify the issues? First:

Today a Community Board is treated as a multi-purpose government entity.

Judgments are sought on everything, from cargo bikes to billions in private housing development.

Members can be “vision people” and have fun with that foresight to define and solve problems.

For everything else, an up or down vote is the only expression of power. So be it, but:

An opinion (up or down) vote will not reduce the sense of political manipulation and administrative misinformation.

Doing nothing is not an option.

Put strategic planning back into local efforts in a proactive partnership that solves problems.