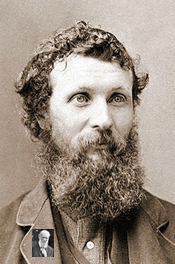 “When we try to pick out anything by itself, we find it hitched to everything else in the Universe.”

At the close of the century, the World Watch Institute’s call to “minimize consumption” and “maximize well-being” set the best tone with the fewest words. Dense environments can reduce consumption — per cap/per km/per day –24/7/365. The dense city alters the structure of consumption on many levels. So how do we create a renewed sense of abundance in life using these constraints? Remember John Muir.

Urbanization takes about a third of the earth’s surface and about forty percent for food. The remaining twenty-plus percent is the trickiest as a hodgepodge of fragmented spatial leftovers, it is a “SLAP” in the face to everyone from John Muir to those who walk in his footsteps.1

Beyond deserts and high mountain ranges, there are seeds for change, thousands of accessible places, Alaska’s wild glory, and “parks” from New York City’s Central Park all the way up to Yellowstone and Yosemite National Parks. Our land use policy tends to give “the wilderness” a boundary and, most vexing of all, nearly ignores the simplicity of our need for it as a thing separate and untouched.

The name John Muir is synonymous with the importance of wilderness.  The tool was to be conservation, but today the river that cut the Grand Canyon no longer reaches the ocean. Muir put it this way in my head, the wilderness is the only way to look directly into the face of God and like it. He could not have imagined we would turn that privilege into our most vulnerable link to the incompetent use of land, labor and capital