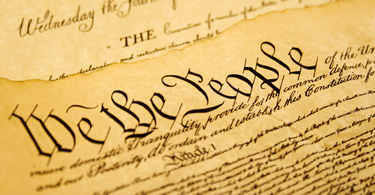 “On the question of truth, the advice I give to colleagues is to use the best source I know to know what is true.  It begins by taking a walk of about a square mile around your home or work.  Tune your senses to a reflective mode to include where you would not or could not go.  Truth is one object of living, but not always of life.”

Two leading ideas realize “term limits” on all members and rules that the deficit will not increase without a two-thirds vote of both Congress chambers. Two interesting and popular ideas, yet in the 21st century, directly lead to people sent to Congress by sizeable private interest groups bent on the destruction of what they believe are impediments to their wealth, such as the Commerce Clause has developed to meet 21st century needs.

If the regulating commerce between the states was eliminated or curtailed, national regulations governing human safety today and, in the future, could be made subject to congressional self-interest interventions. Rules could exist in a few states that would allow a toxic metal such as lead in the water and be “OK” compared to other States that would consider the idea dangerous.  Putting communities in this kind of safety lottery would be for the lack of a central accountability source.

You will also find interest by Constitutional originalists in repealing the 16th Amendment and yielding this power to the states in ways that would include the ability to rescind any federal law, executive order, or regulation. A focus on elected feds alone fails to understand system change. A national convention of states is partially underway to revise the U.S. Constitution that would take Americans back to a time when slavery was lawful and when guns were not super lethal, or corporations did not have global scope and power.  As frightening and potentially authoritarian as this could be, remember it will also be in your backyard is where you accept a member of a local paramilitary group or you do not.

When small groups create and control social structures, the authority is diverse, flexible, open, and temporary. Still, in a consensual participation model, a group may also define “a cell” carries a different connotation. The actions of an actualized interest group (or cell) can be good or bad. Margaret Mead experienced the subtleties of sexism from her profession and in her work. Still, she settled the question about small groups by telling us not to doubt their ability to change the world because of how it happens. Finding ways to assure a more significant number of the former over the latter is the central challenge. The kids who learn the most are the ones who learn to share.